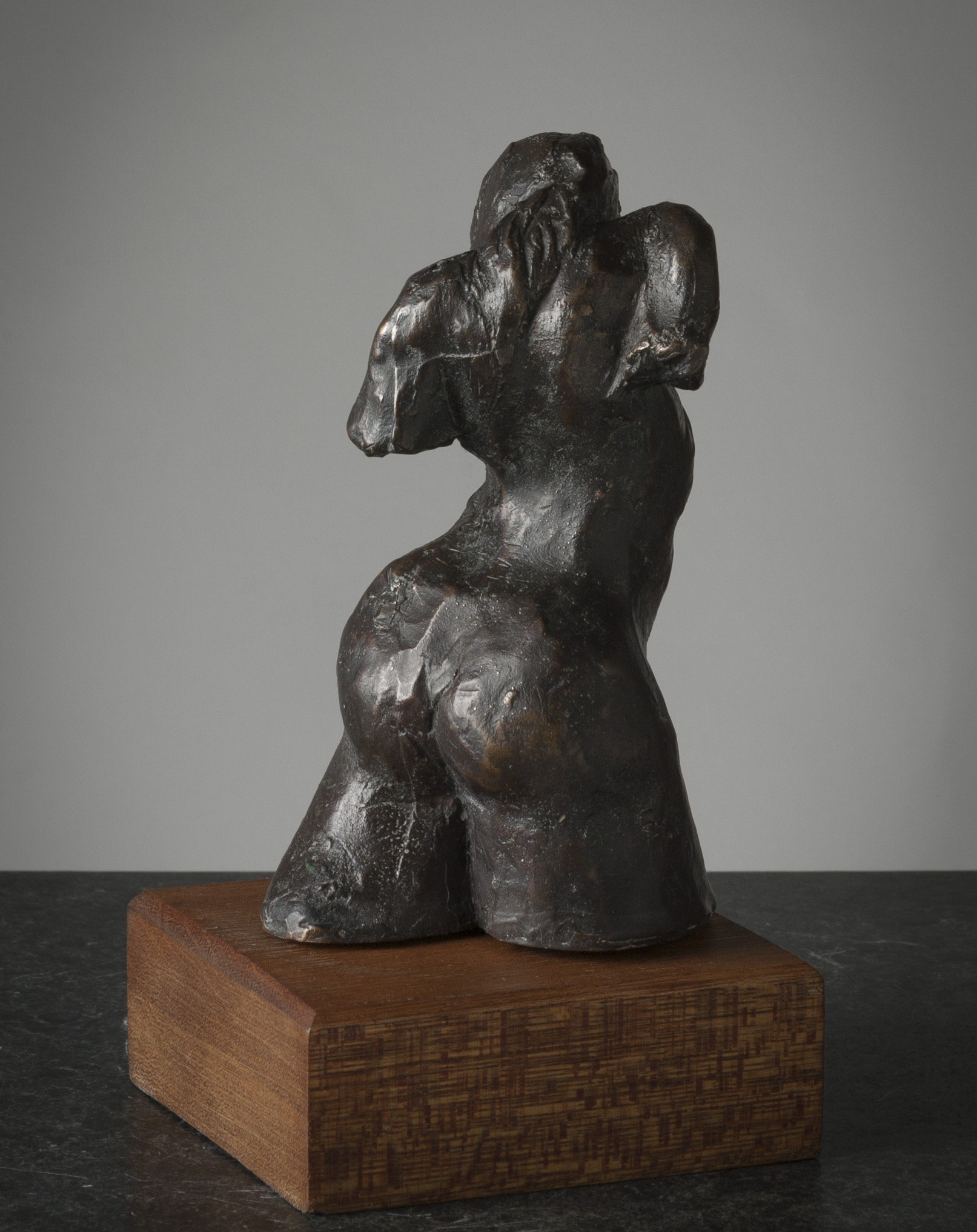 John McKinnon has been an important and prolific part of the Kootenay artistic landscape since the 1970’s. His sculptures are part of the City of Nelson’s public art collection and his work is also featured in a number of cities across Canada and Internationally. John is a sculptor first and foremost, but also an instructor, a print maker, a builder and a Kootenay legend!

There will be a closing party and publication launch on Friday, August 6 from 7-9 pm in Gallery A. Space is limited and registration is required. Please email info@touchstonesnelson.ca to register. The publication has been generously funded by the CKCA.

“I started this journey at the age of 21, when I first began my formal education in art training. I thought at that time, that I would like to spend my life, and make my living making art. I remember quite clearly the first time that I walked into the sculpture studio at KSA and looked around at all of the moulds, half finished sculptures and the tools. In that moment I felt that this is where I wanted to be.

It didn’t take long to realize that sculpture would not be a solo occupation, that the path I would follow would involve several disciplines and many different media. But it was a beginning, and, I think, a good place to begin. I really had no idea where this would take me or what would be the possibilities for my future when I would receive my diploma after 3 years. By the end of the first year, I was married, and had my first daughter, and I was, like many other students, out of cash. As with any journey, one keeps moving forward step by step. And so I did.

In putting together this exhibition, I was immediately confronted with the daunting question—how I would go about it. To begin with, I have always thought that the one most critical comment made about my work over the years has been that it is too eclectic. Advisors would suggest that I should be more consistent, stay with a more predictable style or medium. There is logic in this, and I won’t deny it, as it is a much better “marketing strategy”. But, I am who I am and in my world. The creation of art is inclined more toward spontaneity. There is no beginning and there is no end. It just is.

I chose the title “Time Warp” because, although there is evidence of a progression and a development of an idea over this period of time, I do not believe that many of my creative attempts are ever really finished. I prefer sometimes to return to my earlier works and thus to perceive them from a more enlightened perspective. It is simply that I am reflecting certain aspects of this world as I encounter them, and nothing is ever really finished. The concept of progressive timelines may exist at some levels, but in the natural world, the cycles neither begin nor do they end, they just are. This was not about remaking, but more about returning to “that” moment and attempting to infuse it with a more developed awareness.

I have made it my practice over the years to record my concepts and ideas in my sketchbooks. Recording my ideas in these journals has proven to be the most important step in my process when working across the spectrum of visual arts. It is my belief that one’s tactics, observational skills and craft skills, applied to years of practice and experience are the key to achieving one’s goals. Inspiration, however, is something that comes from a different source and doesn’t necessarily wait until one is ready. So many good ideas get lost in the fog of time. The old adage, “strike while the iron is hot” certainly does not apply here.

The collection of works that I have assembled for this exhibition are predominately from my own collection. There are some sculptures that I have borrowed from others that represent certain series of work that I no longer have.

The latest series of sculptures in marble are taken from a series of somewhat experimental bronze figures that I modelled in clay from a model and cast in bronze around 1981. I had for many years wanted to develop the series into marble, and about eight years ago I decided that it would be an interesting project to finally take on. I was curious to find out what would develop when I would approach this series of bronze pieces with a different mind and skill-set, setting them in a completely different medium. Aside from the mould making and the casting in bronze, the development of the original forms in clay was a very spontaneous and free mode of expression. It is a plastic and flexible medium allowing me to change the shape and form in minutes or even seconds. The marble on the other hand, is a long and calculating process with less flexibility. The stone is a much more sensuous medium, encouraging the development of the smooth forms and contours. The increased scale of the pieces was an invitation to develop the figures into more representative forms, and also in some cases, to take a somewhat grotesque approach.

What transpired was the introduction of a more intellectual perspective, developing into metaphoric ideas that have no real connection to the original intent, other than another aesthetic representation of the pose. The sculptures themselves are no longer a collection of the various poses of the model, but have evolved somewhat and taken on a unique stature. They now only ‘rhyme’ with the original ideas. Each piece now has a story of its own.

“I have always been intrigued by the concept of metamorphic change. I didn’t see it coming, but I did see it in the mirror”.