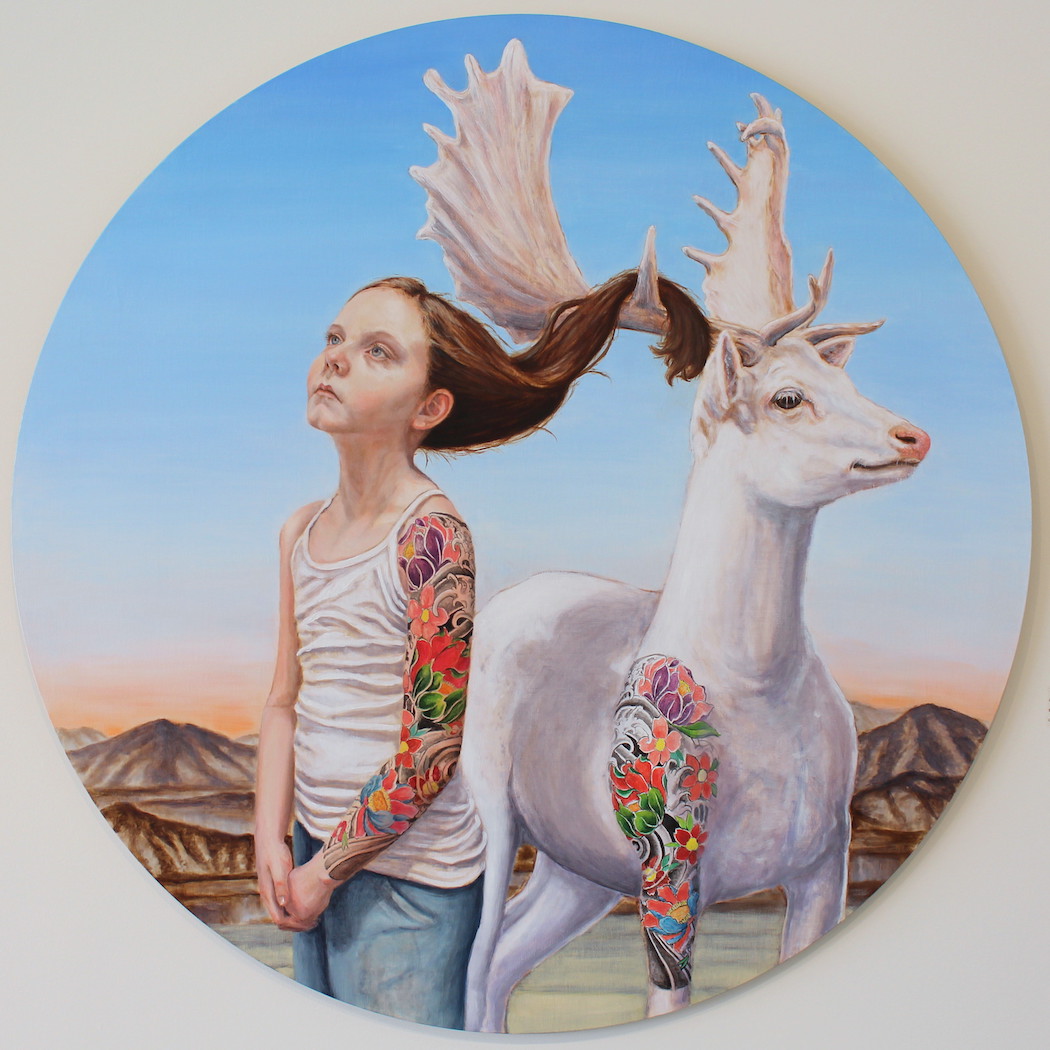 A child sits for a portrait. The setting is a barren, rocky landscape. Next to the child is an elk. The child’s hair is tangled in the elk’s antlers. They have matching tattoos.

This progression from the mundane to the fantastic is the exploration of magical realism, a genre that Edmonton-born painter Cynthia Fuhrer is in full command of. Her newest exhibition, All Things Considered, which opens at Touchstones Nelson: Museum of Art and History on Saturday, June 12, features “Tangled Together”, described above, as well as “Crowned Prince”, which depicts a young boy standing next to a moose with gilded antlers, both facing the viewer with featureless expressions, while standing on a river made of a Persian rug; “Embroidered Hearts”, featuring a woman wearing a viking helmet, stitching a heart onto her chest using string that is attached to the heart of the deer standing next to her; and many more, each more intriguing and surprising than the last.

“No being exists in isolation. We know now we are not separate from the natural world, we are intrinsically connected to it. We are constantly presented evidence of the world changing, protesting changes that we are causing,” Fuhrer explains in her artist statement. “The world is losing forests and animals at an alarming rate. Starving and displaced wildlife are an alarm, a wake up call, for a future in which we create a struggle for ourselves to survive. No matter how dressed up we are, we are biological creatures, and our environment effects our well being as it does the smallest of insects and largest of animals. If it effects one, it effects all.”

All Things Considered is the whimsical icebreaker to the oft-maligned conversation about conservation efforts, climate change and land use. It’s an enchanting reminder that while we may have lost sight of our connection to the natural world, that the connection exists nonetheless, and needs to be nurtured if there is to be anything left for the future generations depicted in the paintings.