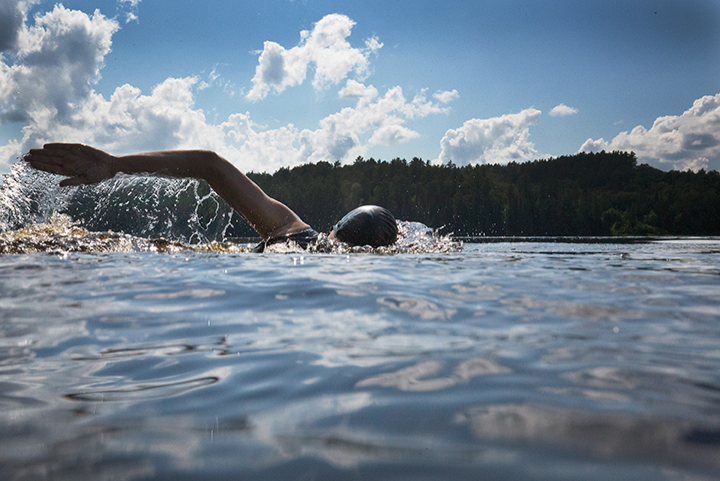 On July 8, 1917, Group of Seven painter Tom Thomson’s life met a tragic end when he drowned in Canoe Lake, a popular access point to the waterways in Algonqiun Park, Ontario. One hundred years later, Canadian artist Paul Walde swam the 3 km length of the lake for his work titled Tom Thomson Centennial Swim.

The swim was accompanied by a series of interconnected events: a brass band with a mandolin soloist performing a new long form music composition by Walde, three synchronized swimming routines a various points along the route, and a flotilla of canoes carrying the band.

The work primarily exists in two forms – that of the event itself and an audio/video work based on the footage of the event.

We are committed to operating with the utmost adherence to health and safety regulations as outlined by the Province of BC and Work Safe BC. Read our Safety Protocols here.