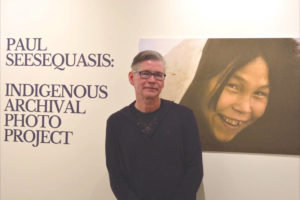 Paul Seesequasis will guest curate his first ever gallery
exhibition of archival photographs culled from his multiyear
project via facebook and Instagram of sourcing and sharing
images of Indigenous people from across the country. The
result of this project has been to emancipate images from
obscurity and let them see the light and be seen – and
importantly named and acknowledged. The images are
powerful in their straightforward and candid beauty – moments
of time lost in a catalog.
Paul Seesequasis: Indigenous Archive Photo Project will bring
together images of his ongoing work with a regional
representation of images from the Kootenay area.

She. We. They: The Women Show 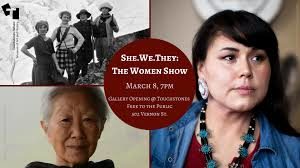 Touchstones Nelson Museum of Art and History, in partnership with The Nelson and District
Women’s Centre, is putting together a community-curated exhibition titled She. We. They: The
Women Show.
Two very important facets of this exhibition will be a 60 ft long timeline and a ‘wall of women’
portrait display (100+) images. Other facets of the exhibition will include video, a response wall,
history of feminist text/press and programming and performance. The intent of this historical
and collaborative exhibition is to frame feminism from many perspectives – illustrate the past –
celebrate community and acknowledge the cultural currents which continue to be addressed.
This exhibition is both a celebration and a contribution to the important conversations taking
place at present about She. We. They. The exhibition opens on International Women’s Day –
March 8, 2018.

DJ Olive – Gregor Asch – the Audio Janitor – artist, improviser, beat writer, and electronic music
producer brings his inimitable art sound sensibility to Touchstones Gallery B space. A
combination of nature and technology: water – wood – movement and sound – both audible and
ambient. Asch describes it as “Art as medicine. Sound as therapy. A place to pause. reflect.
think. absorb. recharge. find peace of mind.”
His installation work of the early 90’s with underground warehouse art collectives in then
undiscovered Williamsburg has developed to the point where DJ Olive has twice been included
in NYC’s most prestigious Biennial at the Whitney Museum as well as a massive installation at
the Venice biannali He has also been included in many exhibitions including: Whitney Biennial
2008, Treble, Brooklyn Sculpture Center 2004, City Sonics 2004, Mons, Venice Biennale 2003,
Whitney Biennial 2002, Bit Streams and Whitney 2001, Art at the Brooklyn Anchorage 1996.
“Dj Olive…radical and beautiful.”
Ben Ratliff, The New York Times, Arts & Ideas, Music Review, page B16, Saturday, May 1,

Collaborative and independent works by Brendan Tang and Sonny Assu combine elements
from science fiction, comic book, and gaming cultures to consider how these forms alternately
reinforce and transcend racial boundaries in youth culture.
In their individual practices, Tang and Assu frequently negotiate the material and conceptual
dynamics of culture and ethnicity. Informed by their mixed-race backgrounds and experiences of
Canadian life in the 1980s and 1990s, for this exhibition the artists bring together found objects,
selections from previous bodies of work, and new collaborative pieces to create immersive
spaces that evoke the adolescent sanctuaries of their time: the basement, the arcade, and the
comic book store. This exhibition is touring to Touchstones from the Reach Gallery in Abbotsford, BC. 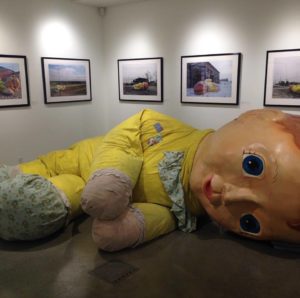 The Field Doll will be taking up residence at Touchstones during the late summer and fall of
2018 and will also be making an appearance at several iconic spaces throughout the city of
Nelson, including the Big, Orange Bridge (BOB). Benning has exhibited the Field Doll both in
Canada and the US by placing the work in the context of each specific place via photographs
which is an essential part of the process and presentation. The work is an irreverent ode to
place and change and the proportion of both to the viewer and their perspective. The doll is
dropped into scenes, as if by the whim of a petulant child, and there is a whimsy and wackiness
to this large scale installation piece which underlies the inherent sadness (and downright creepiness) of the cast off
doll in unexpected places. 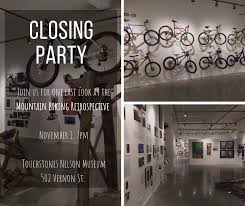 A Mountain Biking Retrospective is an exploration of the culture, characters, infrastructure
and landscape of mountain bike culture in the Kootenays. This exhibit is truly a community curated exhibition, and is the result of a wide range of outdoor enthusiasts sharing their stories about the legacy and impact of mountain biking in the Kootenay/Columbia Basin. From the mossy overgrown bridges and tracks in the forest to the high tech gear and industry sponsored
events.“A Mountain Biking Retrospective was exactly what our community needed. It inspired, reunited
and educated people of all ages and from every neck of the woods. Without the community of
cyclists/riders and dedicated, passionate, like-minded “outdoorsy” people. Nelson wouldn’t be what it is today. The
bike stores, the local rides and pros, along with the amazing atmosphere makes Nelson special.” – Travis Huack,
community member and local rider 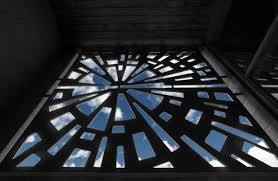 402 Anderson Street: A History served as a celebratory, commemorative show dedicated to the
old museum site on the corner of Anderson Street. This exhibition marked the legacy of those
who have contributed to the arts, culture and heritage in Nelson, BC, notably those directly
involved in the establishment of the museum society’s previous location. 402 Anderson Street
elaborates upon storied beginnings such as the building’s construction, the Mildred Erb Gallery
and the infamous fire of 2003. This exhibition further identified and synthesized the museum
society’s history, and a continued effort in ‘looking forward to the past’. 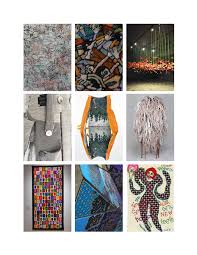 This group exhibition will bring together several regional, provincial and National artists who are
creating on the forefront of contemporary textiles in Canada and are practicing in respective
spaces that push the boundaries between craft/art, and the historical/contemporary in relevant
and intriguing ways.
There will be an artist-in-residence program attached to this exhibition w/ artist Robin Wiltse –
funded by the CKCA/CBT and in partnership with Selkirk College.
Participating artists: Philip Hare, Bettina Matzkuhn, Amanda McCavour, Sylvie RousselJanssens, Wendy Toogood, Anna Torma, Matthew Varey, Angelika Werth and Robin Wiltse
(Artist in Residence)