History of Forestry in Nelson- Out of the Woods 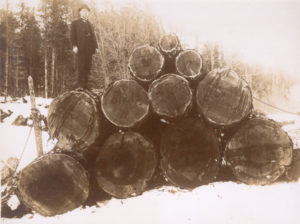 Logging in the Slocan Valley – this was one tree! 1909 Collection of Touchstones Nelson

Forestry has a long history in our region, and has played an important and continually changing role in the makeup of our communities. From the sawmills that fed the demand for building materials starting in the late 1800s to the “Stop Clearcuts” signs and “Forestry Feeds My Family” bumperstickers many decades later, our relationship with the forest has been varied and increasingly diverse. From fence posts to fruit boxes, plywood plants to protest camps, this exhibit looks at the history of the forest industry in our region, and the many ways in which it has shaped our community.

The Wayne King Retrospective Exhibition reflects the collective King collection of the community of Nelson and area, and the love and enthusiasm that Kootenay denizens will always have for the unabashed, unofficial artist-laureate of Baker Street. Wayne King has departed but is not forgotten, and his vibrancy, dedication to beauty and proficiency are evident in the riot of colour which will overwhelm Touchstones Gallery A from November 19th till February 12th, 2017. This retrospective exhibition is made possible by the dozens of friends and patrons who eagerly came forward to loan their works, and was curated to best illustrate the many styles and subject matter of the late, great Wayne King. It is particularly poignant that the exhibit has its duration during what can the bleakest months of the Kootenay Winter (November – February) – to quote Wayne, “be happy you are alive – the rest we don’t know.”

For much of her life, art making was part of Bridget Corkery’s everyday existence. After moving with her family to Nelson in the mid-1990s, she was an instructor in Mixed Media at the Kootenay School of the Arts, and later a founding member of the Nelson Fine Arts Centre (now the Oxygen Art Centre).

This exhibition will present work spanning nearly two decades of her creative practice, from the early 90s through to her untimely passing in 2013 at the age of fifty two. Through various media including painting, printmaking, sculpture and woodworking, it will show an artist whose work continued to change and evolve to reflect not only her personal sensibility, but the people and events in her life. 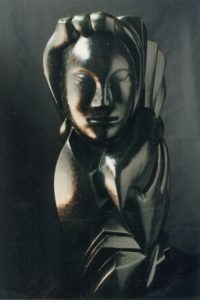 Regeneration is an exhibit by Tsuneko Kokubo & Toru Fujibayashi, two senior artists with extensive, fascinating and variant backgrounds, who have been part of the Kootenay arts and culture fabric for many years.

Regeneration evokes a minimalist design and aesthetic – like a Japanese-style garden of contemplation – with its tightly bounded compositions of gravel and rocks and sparse vegetation. Regeneration, at its heart, is a way of seeing; a study of memory and the motivations and methods with which we are able to understand lives lived. As the title tells us, these works are about life and death, but they also give us a glimpse of the doing in between.

Greetings from Nelson: Historic Postcards from the Collection 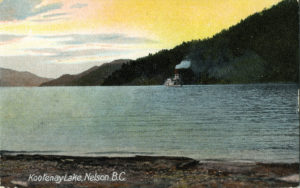 Before Instagram and Facebook, postcards were a popular way for travellers to send a quick note and image to friends or family. This exhibition will feature many reproductions of postcards from the Nelson area, along with some of the brief and at times humourous messages from the back. Also included will be a “Collector’s Choice” section, featuring notable cards and personal favourites that three local postcard enthusiasts have chosen from their own collections.

Out of the Ordinary

Somewhere between a Through the Looking-Glass sense of distortion and a scientific exactitude we find Lou Lynn’s Out of the Ordinary. The components of this installation challenge the viewers’ sense of scale and proportion while appeasing the eye with the most perfect pastilles of surface shine and tactility. There is a meaningful balance between the feelings of nostalgia evoked by recognizable utilitarian objects, and the impact of small things writ impeccably and improbably large.

Out of the Ordinary examines everyday household objects and questions our relationship to them.  It reinterprets the common, the mundane – buttons, fasteners and kitchen utensils – into exaggerated objects of questionable usage. 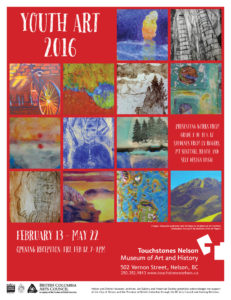 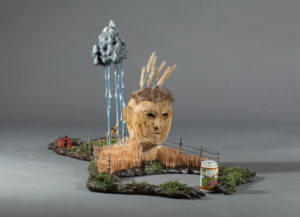 Who are we? In very different ways, the work of Jude Griebel and Tammy Salzl explores this question. Griebel’s fantastic sculptural beings contrast with the quieter, more introspective qualities of Salzl’s small scale watercolour paintings. Together, they offer a diverse and engaging perspective on the uncertain notion of identity.