The White Line: Wood Engraving Prints from the Studio and Collection of Gene Leavitt 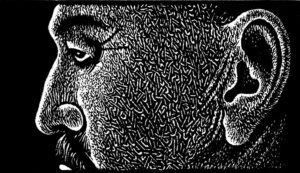 In contrast to much of the digital imagery that surrounds us today, the relief printmaking process of wood engraving is typically a low-tech, high-precision endeavour.  Invented in the 18th century, primarily for book illustration, wood engraving is a refinement of the ancient relief technique of the woodcut resulting in a far richer tonal range and greater detail.

Local artist and teacher Gene Leavitt has long been interested in creating and collecting relief and wood engraving prints. The White Line  will feature prints from his impressive personal collection, as well as those he has created himself. It promises to be an exciting opportunity to gain insight into this process, and see the amazing range of style and expression that is possible within its boundaries. 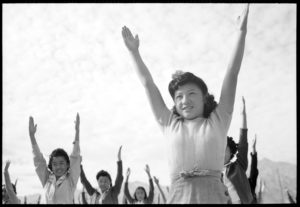 Two profoundly different views of a terrible time in history . . .

On loan to Touchstones Nelson from the Japanese Canadian National Museum in Burnaby, BC, this compelling collection of photographs presents two views of internment and incarceration in the early 1940s. Through them, we have an opportunity to reflect on the nature of forced separation and uprooting and the effects that it has on its victims. After the bombing of Pearl Harbor on December 7, 1941, both the Canadian and American governments forced the relocation of citizens of Japanese ancestry from the coastal regions. Nearly 120,000 Japanese Americans and 22,000 Japanese Canadians were affected. This extreme response was the culmination of years of anti-Asian racism in western North America. The experiences in the US and Canada had many similarities, and also many differences. Ansel Adams took a personal and intimate approach to illustrate the vitality and fortitude of the people. In contrast, Leonard Frank’s photographs are a clinical documentation of the government process. Regardless of the approach, these photographs clearly illustrate the suspension of civil rights in both countries. After the war, community members spent years fighting for redress and building educational awareness. In 1988, both the US Congress and Prime Minister Brian Mulroney apologized on behalf of their nations for the injustices suffered by persons of Japanese descent. 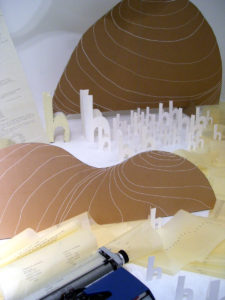 Drawing on work originally created in direct response to the local geography/ecosystem of Calgary and area, Re-surface will be a 3-Dimensional participatory drawing/diorama that will playfully represent the essence of words as sound and image as space by drawing upon the beauty of the Kootenay valley.

Heart Lab is a collaborative effort fusing the talents and vision of two artists – Anita Levesque and Bradley Smith. Combining text and visual imagery, the couple explore the dynamics between two distinct forms of communication, sometimes bridging the gap of both worlds, and in other instances creating a tension between the two. Heart Lab places an emphasis on process and time-based projects. Utilizing various drawing materials, manual typewriter and block printing tools, the duo create multi-sensory, installation narratives reminiscent of illustrated story books. 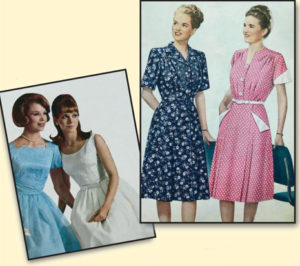 Excerpt from Eaton’s of Canada catalogue, Fall and Winter 1947-1948
From the Permanent Collection of Touchstones Nelson.

What to wear? Do clothes make (or break) the person? This exhibit features men’s, women’s and children’s garments from the Touchstones Nelson permanent collection. The design, functionality, and manufacturing of clothing will be examined in relation to gender roles, labour requirements, social classes, and cultural values from the turn of the twentieth century until the late 1960s.

Focusing on the differences between clothing worn during the day and the evening, this exhibit will provide visitors with the opportunity to identify how changes in past fashions have affected the development of designs and consumption of clothes today.

Change: What’s in it for you?

Did you know that on April 2, 2007, Leaf Rapids, Manitoba (population approximately 600) became the first community in Canada to ban plastic bags in retail stores?
From bike sharing to eating locally, this exhibit will feature efforts like this that are immediate and accessible. Although seemingly small in relation to the scale of the problem, individual and local action is an important step in addressing climate change and environmental degradation.

Also featured will be an exciting in-gallery contest, Ideas for Change, a showcase of local ideas addressing climate change that would benefit from a little money. Visitors to the gallery will be given a coin that they can either choose to keep, or put towards the entry of their choice. All entries can keep the change they collect, and the two entries from each category (under 18, 18+) that accumulate the most money will be given additional prizes at the end of the exhibit.

Upstairs at Wah Lee’s : Portraits from the C.S. Wing Studio 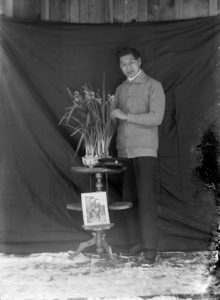 Touchstones Nelson is pleased to present Upstairs at Wah Lee’s, a remarkable and intimate portrait of life in the small frontier town of Quesnel.

Chow Shong (C.S.) Wing was born in Quesnel and became a partner in the family store, the Wah Lee Company. As a young man in the early 1900’s, he established a studio above the store, becoming the first professional photographer in Quesnel. In addition to views of sternwheelers and freight wagons, he also took portraits of local residents for post cards. He drew sitters from the First Nations, Chinese and “White” communities, perhaps because of his own minority status, or because they were people he knew in his role as a local shop keeper. A traveling exhibit on loan from the Quesnel and District Museum and Archives, the photos are unique in representing the mixing of cultures in a small frontier town.

Masters of BC Art: Selected Works from the Collection of Hans Wilking 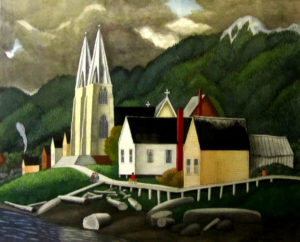 Hans Wilking, owner of the Ymir Hotel, has been a collector of art for many years, and has a personal connection not only to the work, but often to the artists themselves. This exhibition will feature highlights of his collection, including a number of works by such well known artists as E. J. Hughes, Simon Charlie and Norval Morrisseau. This promises to be a rare opportunity to not only see original works of this calibre, but to have a glimpse inside the world of the collector himself.

Nelson Through the Lens: The Historical Photography of J.H.Allen 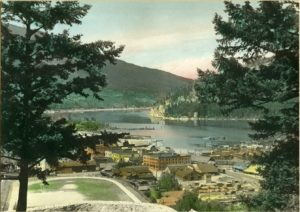 With works from the Touchstones Nelson permanent collection, as well as on loan from local collectors, this exhibition will showcase the photographs of James (“Jimmy”) Allen (1878-1969), and celebrate the mark he has made on the landscape of our local history through his contributions as a photographer and community member.

From 1919 until his death in 1969, Allen operated Allen’s Art Shoppe in Nelson, a photo-finishing business which also served as a venue for marketing his own work. Between the 1920s and 50s, he created hundreds of black and white photos,  and garnered acclaim for his hand-tinted prints, which can still be found in  homes throughout the area.

A lens into the past, Jimmy Allen’s photographs provide a portrait of Nelson over more than three decades, documenting changes in the urban landscape, as well as celebrating the lakes, rivers, mountains and country roads which he explored year round. 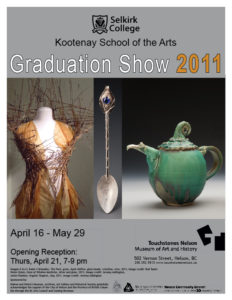 Spirit of the Land 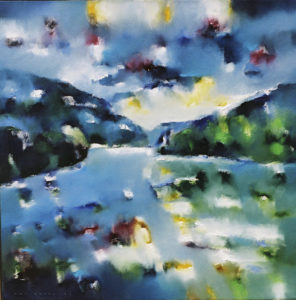 Well known Kootenay artist Alf Crossley’s work is firmly rooted in our local landscape. With a visual style often leaning towards abstraction, his practice has long been based on working outdoors (or “en plein air”), drawing both imagery and inspiration directly from the natural environment. Crossley says, “I suppose the basic inspiration comes from my delight in seeing how the forces of nature.. wind, water, and sunlight orchestrate this earth and how the resulting rhythm, repetition and growth force, etc. bring meaningful form into the visual tapestry surrounding us.”

Born in Rossland, Alf Crossley graduated in graphics and painting from the Vancouver School of Art (later to be Emily Carr) in 1965. During this four year period, he studied with such notables as Takao Tanabe, Roy Kiyooka and Jack Shadbolt. With a brief stopover in the Okanagan, Crossley eventually resettled in the Kootenays in the early 70’s, buying a house outside of Castlegar that he continues to live in today.

In addition to paintings in Crossley’s trademark style, the exhibition will also feature lesser known works on paper, as well as some of his earliest pieces that document the origins and evolution of the visual style he would later become known for. 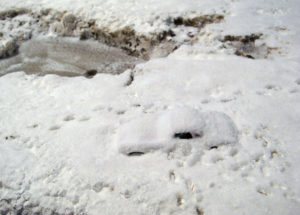 From trash to treasure…artist Max Liboiron’s reforming of our trash into tantalizing works of art and “walk in” art installations has contagious impact on the communities in which she exhibits her work. Last year’s exhibition Salt Winning at the Oxygen Art Centre saw crowds lining up to trade in their possessions in exchange for a piece of salt encased trash. Her upcycled trash environments offer the viewer an opportunity not just for assisting in the completion of a piece, but also a chance to reflect on one’s relationship to the environments in which we inhabit.

This January, in gallery B Liboiron will install Trashscapes and Rubbish Topographies, a landscape made from road salt, used tea bags and styrofoam eroded by water-borne pollutants. According to Liboiron, “waste and pollution are a permanent global phenomenon; I use them as raw materials to make fantastic mythological landscapes based on present environmental issues.” Gallery visitors will be invited to bring their own used (and dried!) tea bags to the gallery to create a mountain of sweet smelling rubbish to rival the scale of the artwork.

Max Liboiron grew up in northern Canada in a small rural community. Her understanding of environmental relationships was formed within this context, and has been influential in both her early studies in biology and her more topical inquiries in art. She holds an MFA and a Certificate in Cultural Studies from the State University of New York in Stony Brook, New York, and BFA with Distinction from Mount Allison University in New Brunswick. She is currently pursuing a PhD at New York University in Visual Culture with a focus on environmentalism. She divides her time between New York, New York and Winlaw, BC. 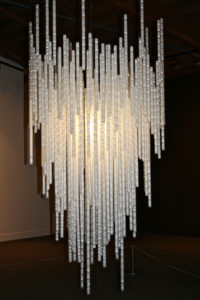 Jan Kabatoff has a fascination with ice. Not the household variety, but glacial ice, and more specifically its relationship to global warming. Kabatoff has travelled to glaciers on seven continents from Argentina to Nunavut documenting and recording the movement and morphing of glacial ice. The result, Ice Flows is a multi-media installation focusing on the ephemeral nature of ice.

According to Kabatoff, “science tells us that with a few exceptions, glaciers worldwide are receding at an alarming rate, due to their sensitivity to temperature fluctuations. Like the canary in the gold mine, they are speaking the loudest about the effects of climate change.”