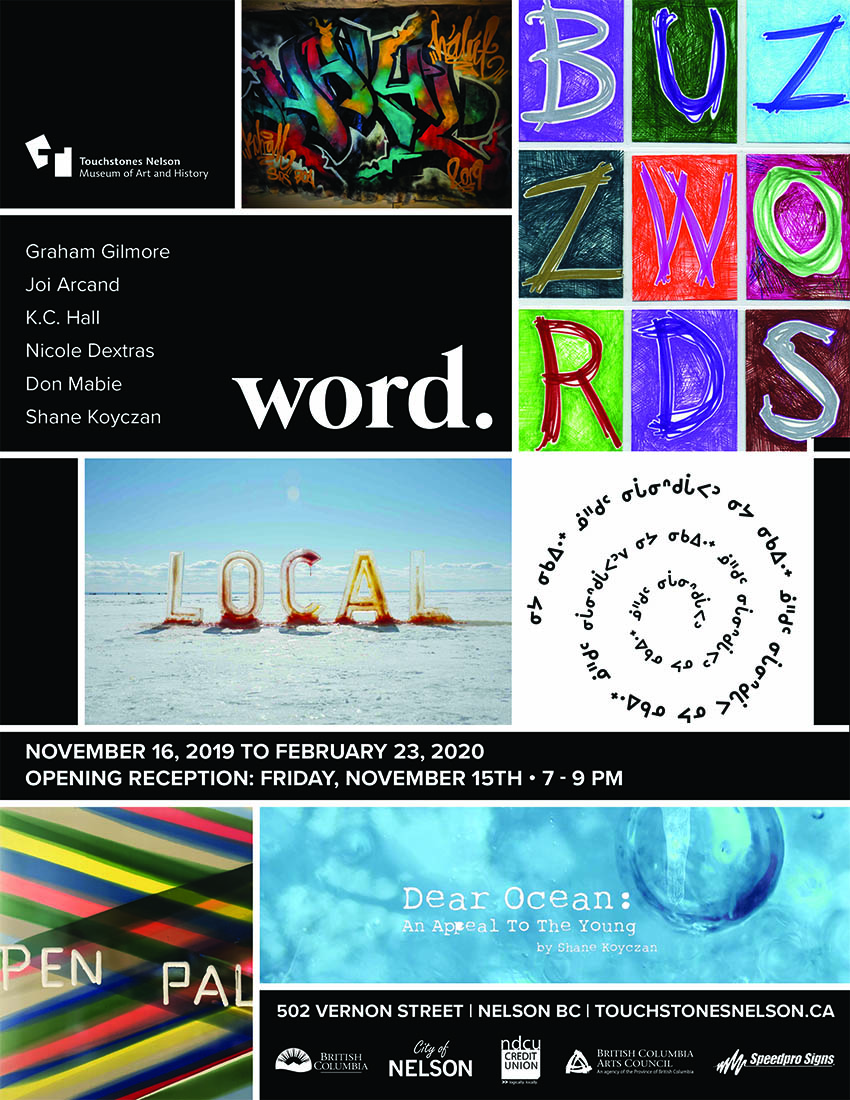 The WORD group exhibition investigates text as the subject matter and also the vehicle for meaning and method through the work of artists: Graham Gilmore, K.C. Hall, Nicole Dextras, Joi Arcand, Don Mabie, and Shane Koyczan via: neon, graffiti, trading cards, painting, video poetry, photography and environmental sculpture. The intent is to illustrate how art allows for inexhaustible iterations of expression via myriad disciplines, aesthetics and artistic interpretations.

Don Mabie (AKA Chuck Stake) will give a short artist talk at the opening event and introduce those in attendance to his work and the history of Artist Trading Cards.

Nicole Dextras is a graduate of the Emily Carr University of Art in Vancouver, Canada, where she was a sessional teacher from 2003 to 2013. Her art practice is rooted in the environmental art movement, where our fragile existence is presented through transformative installations that mark the nature of time. Dextras has exhibited her work in Canada, the USA and in Asia. She has staged public interventions with models wearing her Weedrobes in Paris, Fullerton CA, New York and Montreal. Recent solo exhibitions include The Dystopian Museum curated by Wynne Palmer at Digital Carnival: FIRE, 2019 in Richmond BC, the Method Gallery in Seattle in 2017, the Truth and Beauty Gallery in Vancouver in 2016 and Lycoming Gallery in Pennsylvania in 2015. Recent publications include: The Strength and Power of Nature’s Fragility by Selena Buckingham for Junkies Magazine, Melbourne, AU, 2018. Future Fabrication for Surface Design Magazine by Richard Elliott, along with being awarded the Craftivism Award in 2017, Sustainability by Monica Herrerias, for Cronica Ambiental, Mexico City, MX in 2017, Artists and the Garden by Sam Phillips for The Royal Academy of Arts Magazine, London UK in 2015 and Art and Ecology Now by Andrew Brown for Thames & Hudson, London UK in 2014. Her work was on The Exhibitionist TV series produced by CBC in 2019 and recently in two half hour documentaries on both Carte de Visite program on the TFO Network in Ontario and Chacun Sa Route for TVA in Quebec.

K.C. Hall was born in Bella Bella, BC, and was raised in East Vancouver since he was two years old. He is the grandson of hereditary Chief Irene (Wakas) Brown. At a very young age, KC always had an interest in illustration. In high school, KC developed a passion for handwriting, lettering, and graffiti. After graduating from high school, he began creating work on a larger scale, including paintings and drawings. In February of 2012, KC studied with Nisga’a artist Robert Tait in the Northwest Coast Jewellery Arts Program at Native Education College in Vancouver, BC. The course inspired KC as an artist since he was introduced to Northwest Coast formline, and he instantly fell in love with the visual language. In 2016, KC designed and presented a blanket to Prince William and the Duchess of Cambridge while the royals were on a visit to BC. Currently, KC is creating work that combines both his style of graffiti and the art of his people and formline design, while still following the traditions of both intricate forms. In 2017, Lattimer Gallery hosted an exhibition titled Hálúɫ (Fresh) which featured the work of KC and fellow Heiltsuk artist Dean Hunt.

Joi T. Arcand is an artist from Muskeg Lake Cree Nation, Saskatchewan, Treaty 6 Territory, currently residing in Ottawa, Ontario. She received her Bachelor of Fine Arts degree with Great Distinction from the University of Saskatchewan in 2005. Recent solo exhibitions include Walter Phillips Gallery (Banff, AB); ODD Gallery (Dawson City, Yukon); Mendel Art Gallery (Saskatoon); Wanuskewin Heritage Park (Saskatoon); Dunlop Art Gallery (Regina); Gallery 101 (Ottawa). Her work has been included in numerous group exhibitions, including at the Winnipeg Art Gallery; Karsh-Masson Art Gallery (Ottawa); McMaster Museum of Art (Hamilton, ON); The Center for Craft, Creativity and Design (Asheville, North Carolina); Woodland School at SBC Gallery of Contemporary Art (Montreal); Ottawa Art Gallery; PAVED Arts (Saskatoon); and grunt gallery (Vancouver). Arcand has been artist in residence at Wanuskewin Heritage Park (Saskatoon); OCAD University; Plug-In Institute of Contemporary Art; the Banff Centre for Arts and Creativity; and Klondike Institute of Art and Culture (Dawson City, Yukon). She has served as chair of the board of directors for PAVED Arts in Saskatoon and was the co-founder of the Red Shift Gallery, a contemporary aboriginal art gallery in Saskatoon. She was founder and editor of the Indigenous art magazine, kimiwan (2012-2014), and most recently curated Language of Puncture at Gallery 101 (Ottawa).

In a realm where poets rarely intersect with stardom, the Opening Ceremonies for the 2010 Winter Olympics introduced us to Shane Koyczan. With a collective “wow” across Canada and beyond, we found the poet of our generation. And we weren’t even looking for one. The world took notice when Shane’s influential, anti-bullying, To This Day Project video went viral in early 2013 with over 14 million views and counting. Powerfully engaging and authentic in attitude, his explorations are relevant to our times in the way that Bob Dylan, Joni Mitchell, Gordon Downie and Leonard Cohen are to theirs. But unlike the musicians that he’s often compared to, poets rarely infiltrate pop culture. Koyzcan emerges in a new wave of 21st century poetry that dares to belong to the people and speak directly to them in their own voice.  Shane, is best known for his award winning spoken word performances. With his rhythmic verse in high gear, he navigates his audience through social and political territory with a furious honesty and a tender humanity that has brought audiences to their feet in New York, London, Edinburgh, Sydney, Stockholm, and Los Angeles, to name a few. He has received 5 star reviews for his performances around the globe.  Winner of the US Slam Poetry Championship and the Canadian Spoken Word Olympics, Koyczan is truly an extraordinary talent that has blown the dust off of the traditional designation “poet”.

Donald Edward Mabie was born in Calgary, Alberta in 1947. From 1964-1969 he attended the Alberta College of Art and Design (ACAD), where he studied advertising and painting under John Kenneth Esler (1933-2001), David Samila (1941- ), and George Melville Wood (1932- ). After graduating in May 1969 with a Fine Art Painting diploma, Mabie continued his studies with post-graduate work at Instituto Allende, San Miguel de Allende, Mexico. In 1970 he married artist and ACAD instructor, Wendy Toogood (1947- ). While Mabie has been involved with performance art, rubberstamp art, artist book works, copyworks, installation, buttonworks, and computerworks, he is primarily known for his mixed-media drawing and mail art, which he has been involved with since 1972, the year he created Chuck Stake Enterprizes in Toronto. The company celebrated its 25th anniversary in 1997. Mabie has been actively involved with Artist Trading Cards, which was initiated by Zurich artist M. VÃ¡nÃ§i Stirnemann and promoted by Stirnemann and fellow artist, Cat Schick. After attending an Artist Trading Card trading session in Zurich, Mabie brought the idea back to Calgary, with a session at the New Gallery in 1997. The sessions continue to be held across Canada and around the world. Mabie is currently an instructor at ACAD in the first year studies program. In May 2001 he received the ACAD Board of Governors’ Award of Excellence for his lifetime contribution to the arts in Alberta and in June 2002 he was awarded a 75th Anniversary ACAD Alumni Award of Distinction.

Through his visual use of language, Graham Gillmore shows us that communication can both connect and distance at the same time. His text often examines conflicting sources of knowledge: science and religion, as well as personal and universal human experiences. Gillmore’s work is collected by the MoMA, the Ghent Museum, Gian Enzo Sperone, the Museum of Contemporary Canadian Art, RCA Records, The Royal Bank of Canada, the Vancouver Art Gallery, and numerous other institutions worldwide. He has been featured in publications such as Canadian Art, W Magazine, Art News, ArtForum, L.A. Weekly, C Magazine, and the New York Times Magazine. He lives and works in Winlaw, BC and Toronto, ON.

Exploring the word as image and the image as word, Graham Gillmore’s work balances between treacherous antipodes: pathos and wit, defiance and charm, and more basically, the anguish of experience and the rapture of its aesthetic expression. The twisting knife of a smartass remark, the threatening anonymity of a clinical evaluation, and the famous-lastwords potential of pillow talk are articulated in his oeuvre with a chromaticism their ruthlessness seems to beg. Employing puns and punch lines both lewd and mawkish, and referencing cliches, board games, rebuses, barroom banter, and graffiti, his paintings are by subtle turns playful, earnest, and caustic. At times surrounded by bubbles that are interlinked via intestinal networks of lines, the letters and syllables he depicts take on lives of their own, as though reverberating in the mind suggestively, or suspiciously, connoting an overwhelming variety of possible meanings that appear to jostle for recognition. Expressive of a charged synthesis between distinct types of mark- letter and stroke- his works appear as the visual equivalents of

utterances, whether poignant or pointed… or of how we receive and interpret these. Many paintings seem to emphasize tone ( as it denotes both voice and color ), implying at once the intensity of the experience a given message or phrase insinuates, and the private stamina required to endure its meaning on the one hand, or its ambiguity on the other. Thus while rage, disgust and disillusionment seem to propel it, his art is also tempered by a humor that is all the more expansive, even forgiving for this, and which acts as the grace note essential to beauty. Visually, Gillmore’s paintings vacillate between a sleek neon intensity bordering on the lurid, and a bumbling home spun quality recalling a troubled adolescent’s secret notebook. At times broadcasting the artificial vibrancy of candy or cosmetics, his palette suggests how the moth might see the flame. The quasi-confessional quality of certain paintings, meanwhile, intimates any urban sophisticate’s biography, suggesting the universality of both our humiliations and our kneejerk laughter at those of others. With that instinctual excoriation turned on himself, it appears that the artist achieves a pervasive sympathy with the human quandary, one that in its lacerating irony is all the more sincere. 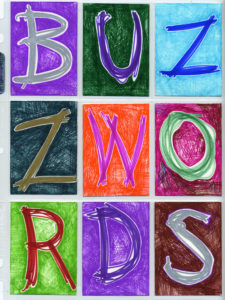 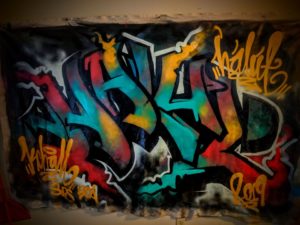 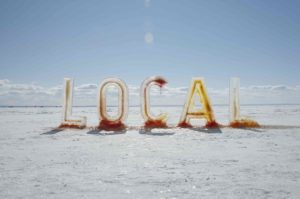 Kootenay News: Read All About It

Kootenay News: Read all about it!!!

“The Miner is printed on Saturdays provided the staff is sober.” — Masthead, 1893

Since the Nelson Miner published its first edition in June 1890, Nelson has always had a newspaper (and often more than one) to chronicle its evolution. In the late 19th and early 20th century, a thriving community and an active press went hand-in-hand. Multiple papers were a sign of prosperity. If the lone newspaper went broke, it did not bode well for the town’s future. This exhibit will present the story of Nelson’s print media, from a weekly hand-cranked paper to a bustling daily with a circulation larger than the city it served, to today’s online publications. It will look at pre-eminent figures in Nelson’s newspaper history, including John Houston, Bert Currie, Francis Payne, Art Gibbon, Doris Bradshaw, and Nelson Becker, along with notable journalists who got their start here or passed through town en route to prominence elsewhere. The exhibit will present original pages from each decade, along with photographs and ephemera. It will look at the changing role of newspapers in the community and changes in the industry itself — both technologically and journalistically. Where once Nelson’s papers carried items about promising mining claims and ads for blacksmiths and pack trains, today they are replete with news of the burgeoning cannabis industry and ads for ski shops and car dealerships. Nelson’s newspaper archive also forms the largest and greatest source of historical information about the city and its environs, although it must be studied with a wary eye. Changing social mores dictated what was covered and how it was presented — and what was ignored.

Printed copies available by donation in Gallery B.